‘Do Not Disturb’ could help us cure our phone addiction, but it’s up to Apple (and Google)

When smartphones came to steal our attention, we never had a chance. Even in the rare moments we manage to put them down, they buzz incessantly, begging us to come back.

It’s fine for phones to be engrossing when we’re bored on a layover. More often they should help us work or exercise or find a Starbucks , then get out of the way.

Now, more than a decade into the smartphone era, investors, activists and customers alike have begun to push phone makers, especially Apple Inc., AAPL -1.28% to find a way to solve phone addiction.

The feature we need already exists: It’s called Do Not Disturb. Whether you use an iPhone or an Android device, you have a one-tap way to shut your phone up. Do Not Disturb should be every smartphone user’s best friend and saving grace. Instead, it’s a relic of a long-gone era, a feature that doesn’t work the way we do. 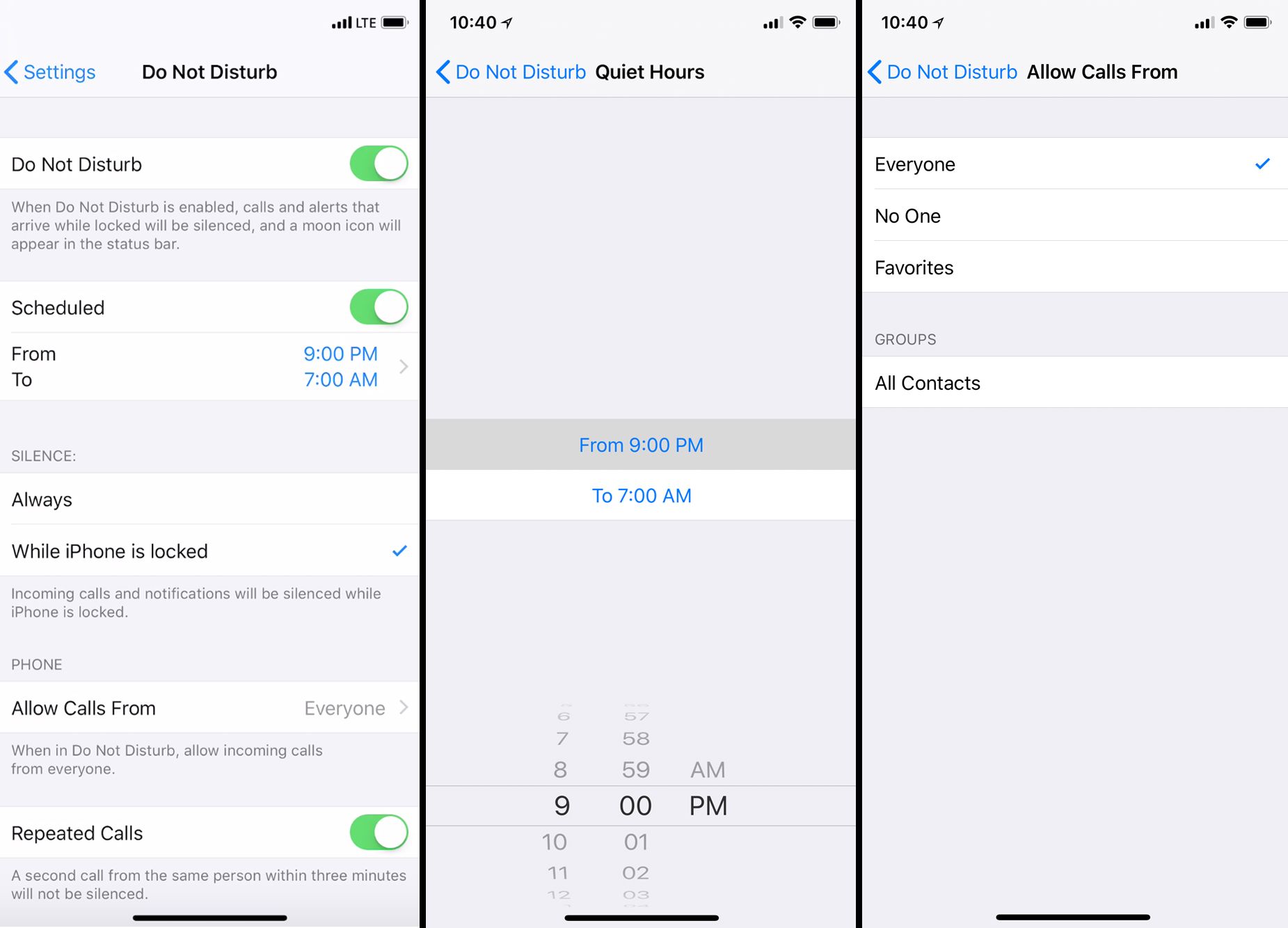 Apple launched Do Not Disturb in 2012 to keep your phone from waking you up in the middle of the night. When you tap the moon icon, your phone instantly shuts up. Your notifications are visible if you wake up your phone, but it won’t buzz or light up automatically. There are only small nuances: You can name contacts who can call you—no texts get through when Do Not Disturb is engaged—or allow anyone who calls twice to buzz through on the second call.

Last year, the company launched Do Not Disturb While Driving, which engages when your phone connects to your car stereo or its motion sensors detect driving. It allows alarms and timers—and Apple Maps navigation—but generally keeps the screen dark. Anyone who messages you can receive an automatic response.

The problem is that this dichotomy—you’re either on or off, zero or 100—doesn’t actually represent how people use their phones. When you’re sleeping, you might want total quiet. But what about at work, when you’re still reachable but trying to focus on your presentation instead of incessant ESPN updates? Or when the people you care most about would rather use WhatsApp or Snapchat, instead of calling you? Turning on Do Not Disturb is like taking your landline phone off the hook to keep it from ringing.