Two terabytes on the 2000-2001 Western Energy Crisis were unpublished by FERC, and not even its custodians know why

Government investigations into California’s electricity shortage, ultimately determined to be caused by intentional market manipulations and capped retail electricity prices by the now infamous Enron Corporation, resulted in terabytes of information being collected by the Federal Energy Regulatory Commission. This included several extremely large databases, some of which had nearly 200 million rows of data, including Enron’s bidding and price processes, their trading and risk management systems, emails, audio recordings, and nearly 100,000 additional documents. That information has quietly disappeared, and not even its custodians seem to know why. 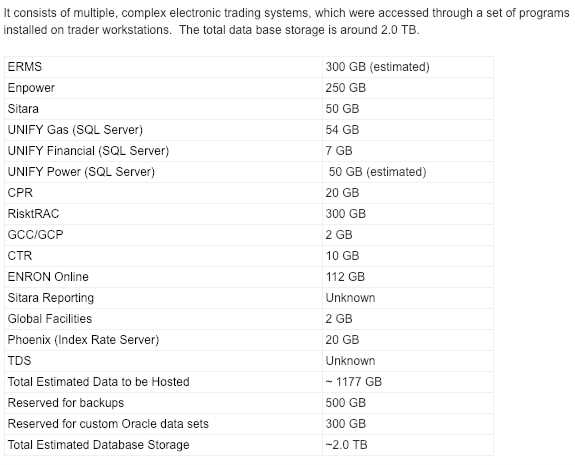 According to FERC’s website, some of the information is maintained by Lockheed Martin, which will provide members of the public with copies of the data “for a fee” if they contact Lockheed Martin via a non-existent e-mail address, fercrequest@aspensys.com.

jennifer - August 12, 2019
0
Tristan Harris wants to reverse the harmful effects he believes technology has had on all of us. Harris, a former Google design ethicist, first rose...

The Problem With Your Chatty Apps

Wind and solar power are even more expensive than is commonly...

What Are The Greatest Challenges To Developing Quality AI Apps?