Paul, 22, and Mongeau, 21, exchanged vows in an extravagant ceremony that was filmed by MTV for an upcoming show. The bride was dressed in a body-hugging strapless white lace-covered gown with matching veil, while the groom wore a white suit, black shirt and tie and a hat.

Hours before the nuptials, Mongeau posted an eight-minute-long video on YouTube titled, “I love you, Jake Paul.”

In the video, she explained that it was 6:09 a.m. and she was “about to go get on a plane and go get married.” She said she decided to make the video after a female fan asked her what she loved about Paul. Despite only being together for a short time, Mongeau said she was amazed at how much they had in common. 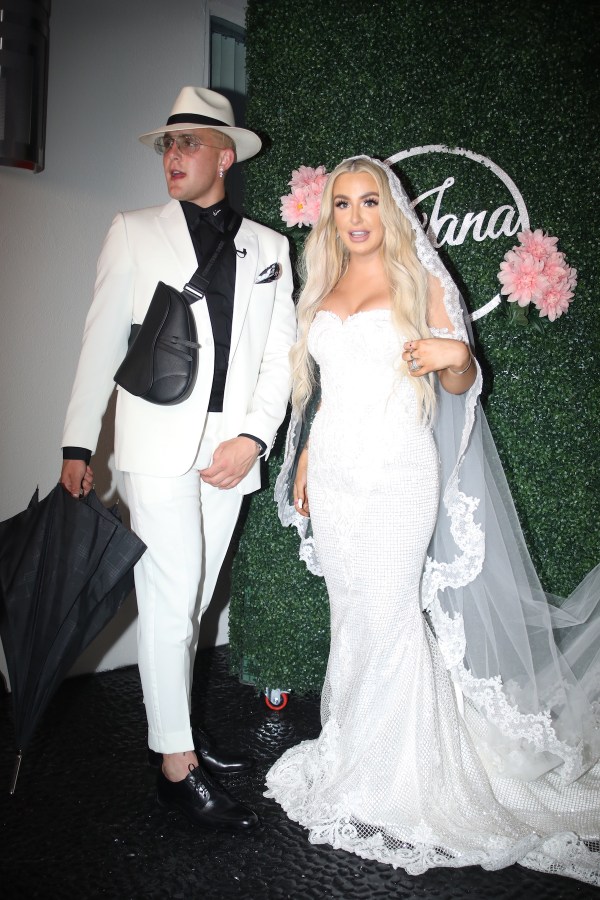 “To be honest with you, with a life like mine and a path like the one I’ve walked, you don’t really meet people who understand you — ever,” she said. “You just meet people who pretend to. I could never speak again and you’d be able to write out what’s in my head.”

jennifer - August 19, 2019
0
State officials say they are responding to a coordinated ransomware attack that has affected at least 20 government agencies throughout Texas. The state's Department of...

Apple is going to sell its Apple TV service on Samsung...

HMD admits the Nokia 7 Plus was sending personal data to...